Land of the heterosexual free... 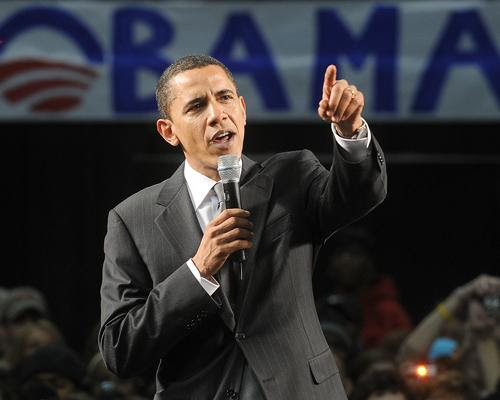 Like most queers, I have bittersweet feelings following last night's historic win by Barack Obama in the U.S. presidential election.

Of course, I'm elated that a great man will now occupy the highest office in the world. The message sent to all by electing an African-American man named Barack who opposed the Iraq war will have profound significance and change the world. I wish him and his team the best of luck as they begin the battle to put America back on its feet.

But yesterday's votes in a handful of states on the issue of gay rights were a major blow to equality and freedom yesterday. While Obama's victory shows that Americans are turning the page on their Republican/war-mongering/racist/neo-conservative economic past, they appear to be regressing badly when it comes to their queer brothers and sisters.

California narrowly voted 52% to ban same sex marriage in the state.. This could reverse all of those beautiful expressions of lifetime devotion we witnessed thousands of gay couples make this summer. The state's attorney general, Jerry Brown, has said those marriages will remain valid, although legal challenges are possible.

Furthermore, anti-gay measures in Arizona, Florida and Arkansas were passed by the requisite margins. Glancing at various other ballot measure results from last night, it appears that heterosexual Americans did very well for themselves, like in California where they even failed to approve a social conservative measure that would've forced teenage girls to get parental permission before obtaining a legal abortion. Or in Michigan where medical marijuana was approved.

But sadly, Americans seem to be in no mood to embrace equality based on sexual orientation. Very sad, indeed. Obama himself refused to support equality, saying instead gays should be contented with less-than-equal civil unions. So while heterosexuals in California will continue to drink from the fountain of marriage, gays will have to contend with the lesser tap around back for a while yet, it seems.

Exit polls in California showed Proposition 8 was most favoured by African-American voters, while Whites were largely opposed and Latinos divided. Today, those same African-American voters are undoubtedly elated at finally breaking through with an historic win in the Presidency. I very much share their joy at this symbolic victory. Racism is evil and Obama's win last night is huge in the ongoing battle against it. Most people of colour I know are, of course, also very supportive of queer rights. For those friends, I truly share their joy.

But for the majority of African-American voters in California who voted yesterday to promote discrimination against gays and lesbians, I have little enthusiasm. How can one group understand so clearly the evils of discrimination, yet so disgustingly support discrimination against another group of citizens? It's beyond hypocrisy. Discrimination in law, whether based on race, or gender, or sexual orientation, is simply wrong and perhaps one day all Americans will understand that. Of course, that's a topic for another day perhaps.
Posted by Matt Guerin at 8:28 AM
Email ThisBlogThis!Share to TwitterShare to FacebookShare to Pinterest

Hi Matt. First off I'd like to say I love reading your blogs.

My name is Chris and I manage and run a non-profit GLBT youth group in Red Deer, Alberta. I was so shocked to hear about Proposition 8 winning the vote! It's so disturbing to think that it was just legalised and now it's illegal again.
Are you in Cali, Arizona or Florida? My heart goes out to every GLBT persons and every GLBT supporter on this decision. My thoughts are with you all.
Something I'm not entirely clear on though is whether couples can come up to Canada and get married and then return to the States? If you could email me with a response that would be kind.
Thank you for your time and keep blogging. (Hugs).
Chris of Pride Youth Group
PrideYouth@live.ca
http://RedDeerRainbowCommunity.googlepages.com

Hi Chris -- Thanks for you comment and kind words. I'm actually in Toronto.

As for Canada's marriage laws, anyone can come to Canada and get married. The issue becomes whether or not their home state or country will recognize it. New York recently ruled that it will recognize same sex marriages legally conducted elsewhere, although queer New Yorkers themselves can't yet tie the knot in their home state. I think that same sex marriages would also be recognized in Massachusetts and perhaps Connecticut.