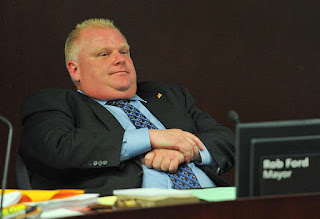 What's good for the goose isn't good enough for the gander! Yet again, Rob Ford proves himself to be a liar and a hypocrite of monumental proportions.

Are you a taxpayer in Toronto? Do you know with whom Rob Ford is meeting right now? Do you have a right to know as you are paying his salary? Do you feel his respect for you when he lies through his teeth like this: "With all due respect to the media, I worry about the taxpayers. The taxpayers know where I am. The taxpayers — I go to people’s houses, just like I did yesterday," he said. "People know where I am. People call me. I return all their calls....I’m very accessible, very transparent."

I called the mayor's office this year to complain about his snubbing of the entire LGBT community by boycotting all Pride Toronto events. I left a message. He didn't return my call. He's a fucking piece of shit liar!

Every word Rob Ford says can't be trusted. He's a habitual liar. Nothing he says is true.
Posted by Matt Guerin at 11:28 AM 2 comments:
Email ThisBlogThis!Share to TwitterShare to FacebookShare to Pinterest

My advice to Blatchford: Quit writing, move to Texas and become a cowgirl! 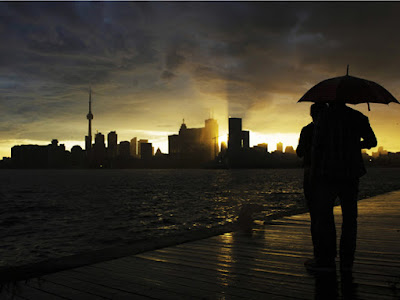 Behold, the latest atrocity by writer Christie Blatchford. After studying for weeks the impacts of macho men who allegedly massacred their daughters and a wife to protect male honour, she's now lamenting the low number of macho male rapists and child murderers in Toronto.

Blatchford doesn't like men showing their softer, feminine sides. I find this a repulsive inclination on her part because I love (for obvious reasons) the softer, kinder, gentler sides of men. I think most gay men and women do too.

She thinks the best way to deal with bullies is to take them outside and beat the crap out of them. She may have a point, but I remember standing up to bullies in Grade 10 with threatened physical retaliation was just as effective. It's strange Blatchford thinks advocating violent, vigilante action against bullies in a newspaper is appropriate. Perhaps Blatchford's simply lost it and this column is simply a cry for help, as if she were writing, 'Stop publishing me!'

Ms. Blatchford, here's some free advice: Quit writing forever, move to Texas and take up your true calling as a cowgirl. We'll all be a lot happier.
Posted by Matt Guerin at 12:37 PM 1 comment:
Email ThisBlogThis!Share to TwitterShare to FacebookShare to Pinterest 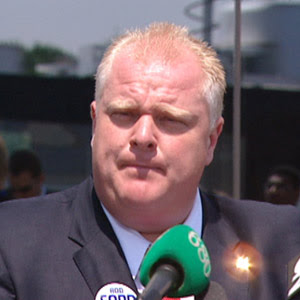 Voters in Toronto's suburbs complained the former Miller administration ignored them and only spent money downtown, so they elected Rob Ford, who killed Miller's Transit City plan which would've built rapid transit lines throughout the suburbs.

Now Scarborough will have no rapid transit and crowded buses for four years starting from 2015 as a direct result. Ford's plan for a Sheppard subway clearly won't be built by then, if ever. Basically, this transportation fiasco is all bad planning by the dude they elected. It's like Ford was saying to Scarborough commuters: "Suckers!"

Scarborough voters, please don't vote for Rob Ford next time!
Posted by Matt Guerin at 11:29 PM No comments:
Email ThisBlogThis!Share to TwitterShare to FacebookShare to Pinterest

Yes, the provincial government has introduced tough new anti-bullying legislation. The legislation includes provisions which will ensure that LGBT students and their straight friends who wish to form Gay-Straight Alliance-type groups in all publicly-funded schools will be able to do so. Such groups help promote tolerance and acceptance for LGBT youth in environments that otherwise remain homophobic and hostile.

Today, the usual suspects of religious bigotry in Ontario came to Queen's Park to hold a press conference (sponsored and/or attended by Ontario PC MPPs Frank Klees and Lisa MacLeod) to demand that anti-bullying provisions designed to fight homophobia and violence against LGBT students and others be dropped.

Yes, so-called religious activists including Charles McVety of The Institute for Canadian 'Values', Rondo Thomas, of the Evangelical Association, and Jack Fonseca, of the Campaign Life Coalition, are fighting for more violence against LGBT youth in Ontario schools. Disgusting!

The legislation these bigots are attacking today allows Catholic boards to create gay-straight alliances without having to use the specific term. This isn't enough for these anti-gay/pro-violence religious advocates. According to them, allowing student-initiated clubs that promote acceptance and combat homophobia in high schools is somehow a violation of Catholic rights.

So trying to stop violence and promote acceptance goes against the Catholic faith? As a recovering Catholic, even I can't remember those pro-violence/anti-acceptance provisions of Catholic doctrine.

Shame on these bigots today fighting to maintain violence and harassment against LGBT youth in our public schools. Shame!
Posted by Matt Guerin at 2:21 PM 5 comments:
Email ThisBlogThis!Share to TwitterShare to FacebookShare to Pinterest

Disgusting. Nothing surprises me about these neo-con dopes in the Conservative Party of Canada anymore.

Maybe this was Lethbridge MP Jim Hillyer's imitation of Marc Lepine?
Posted by Matt Guerin at 12:49 PM 2 comments:
Email ThisBlogThis!Share to TwitterShare to FacebookShare to Pinterest

A great clip from 'Designing Women' on World AIDS Day...

This scene and this episode of 'Designing Women' meant so much to me when it first aired in the late 1980s.

I was a closeted teenager living in homophobic and AIDS-phobic times, quite used to sad depictions on television and elsewhere of effeminate, weak gay men dying like helpless victims from AIDS. I remember one particularly awful scene on 'St. Elsewhere' in which a nameless gay man dying of AIDS in hospital announced to his doctors that he's cured because he's decided he wasn't "gay anymore."

But this episode of 'Designing Women' showed a relatively masculine gay male character (played by the handsome Tony Goldwyn) who was passionately supported by his female friends.

I'm happy to share it here today on this World AIDS Day and I hope it brings a smile to your face!
Posted by Matt Guerin at 12:23 PM No comments:
Email ThisBlogThis!Share to TwitterShare to FacebookShare to Pinterest
Newer Posts Older Posts Home
Subscribe to: Posts (Atom)