My sincere condolences to George Smitherman and his family at this tragic time...

It was startling late last night hearing the news that Christopher Peloso, husband of George Smitherman, was missing again, just a few short months after a similar incident that ended positively.

George tweeted the following yesterday night: "Freedom from depression has been elusive for Christopher and once again he is missing and we fear for his safety."

And it was heart-breaking this morning getting the email from George Smitherman to his supporters and friends stating the following:

You can read more about this sad story here.  My sincere condolences go out to George, their two adopted children as well as to Christopher's birth daughter, the Peloso family and to all of their extended family on this tragic loss.
Posted by Matt Guerin at 12:55 PM No comments:
Email ThisBlogThis!Share to TwitterShare to FacebookShare to Pinterest

As an avid cinema lover, it was a great year in film viewing.  I haven't shared a list of my favourites in a few years, so I thought I'd do so this year.  I saw dozens of films this year either in commercial theatres, at film festivals, or in the comfort of my home. 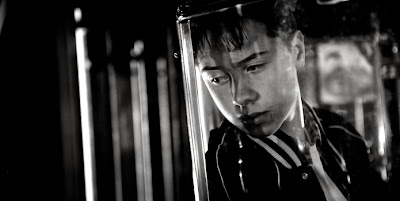 Below is an exhaustive list starting with my Top Eleven favourites from the year (including a 2012 title that was released in Toronto in 2013), plus other awesome flicks not in my top ten, my list of films I very much want to see as soon as possible,  followed by okay films, disappointing films and just plain bad ones.

As a very political gay man, you'll notice a large number of queer or politically-friendly titles near the top of the mix:

MY HIGHLY SUBJECTIVE TOP 11 FAVOURITES FROM 2013

1. 12 Years a Slave (Well on its way to Best Picture at the Oscars, this brutal gem paints a honest and unforgettable portrait of a part of North American history many try too hard to forget.  This is a brutal reminder just how awful humans can be, yet also how heroic and beautiful we can be as well.)

2. Gravity (Astonishing technological filmmaking, it has to be seen on the big screen (and preferably in 3D), and is one hell of a ride.)

3. Quai d'Orsay (Hilarious French film is simply a must-see for all political staffers and junkies.)

4. Concrete Night (Pictured above - A gorgeous, sexy, B&W art house film from Finland about a sexually confused teenage boy who takes to heart too much of what his selfish and clueless older brother, soon off to prison, has to say.  The queer flick of the year, in my opinion.)

**********5. Blue Jasmine (A perfect Woody Allen movie with probably what will be one of his most famous female anti-heroines, played by Cate Blanchett, well on her way to her second Oscar.)

6. Fruitvale Station (Fleshes out the imperfect but beautiful life of a young black man and the tragedy of trigger-happy cops who rule over them with near impunity.  This paints a portrait of a life snuffed out too soon that might otherwise be just a statistic.)

7. Stories We Tell (Sarah Polley can do no wrong, it seems.  She basically cut open her own veins and let the blood spill out onto the screen, detailing deep family histories most of us would choose to keep secret.)

8. It's All So Quiet (Deliberately paced, highly emotional portrait from the Netherlands of a middle-aged, closeted farmer, living with his old and bedridden father, very haunting and completely satisfying.)

10. Strangers by the Lake (Sexy, simple murder thriller which acts as an extended metaphor for the questionable choices many gay men make in their sex lives and elsewhere.)

11.  No (Chilean film about the successful referendum PR campaign to depose dictator Augusto Pinochet, showing the power of smart messaging over the brute thuggery of a dictatorship.)

TOTALLY AWESOME BUT NOT QUITE IN MY TOP TEN (in alphabetical order):

Beyond the Candelabra (TV Movie, but it was great so I'm listing it here.)

Blue is the Warmest Color

Getting Go: The Go Doc Project

This is the End


The Way Way Back
Wolf of Wall Street

Out in the Dark

A Touch of Sin

Reaching for the Moon

The Act of Killing

Fast and the Furious 6

FINE, BUT NOT OVERLY SPECIAL:

Beneath the Harvest Sky

Now You See Me


Bruno and Earlene Go To Vegas

Gerontophilia (Bruce Labruce can do better than this.)

Man of Steel (Incoherent, dizzying action, I was literally looking at the clock waiting for it to end.)

Paranoia (You can find Liam Hemsworth shirtless in far better films than this rubbish.)

SO BAD OR BORING I COULDN'T FINISH THEM:

Sal
Posted by Matt Guerin at 4:49 PM 3 comments:
Email ThisBlogThis!Share to TwitterShare to FacebookShare to Pinterest

U.K. diving star and Olympic bronze medallist Tom Daley has confirmed what many gay men around the world had hoped.

In a frank, five-minute YouTube video he posted today to his YouTube channel, which has racked up more than a half-million views in its first few hours online, Daley said, "I still fancy girls," but revealed that he’s recently started dating a man.

This is wonderful, wonderful news! Daley is obviously an articulate and amazingly beautiful human being, both inside and out.

This decision to come out so publicly couldn't have been easy. It's great that he's done it at his young age, and in such a public way. 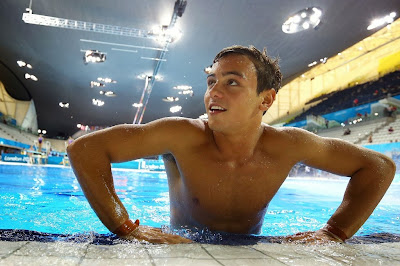 Posted by Matt Guerin at 11:29 AM No comments:
Email ThisBlogThis!Share to TwitterShare to FacebookShare to Pinterest
Newer Posts Older Posts Home
Subscribe to: Posts (Atom)