Time to boycott Russia's celebration of its bigoted self 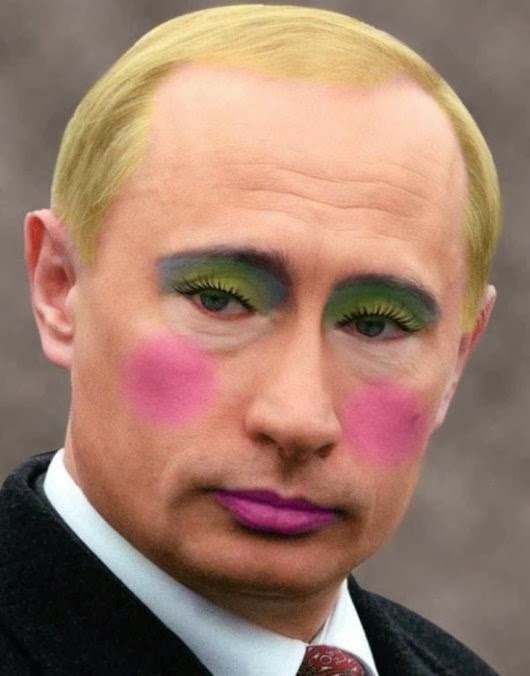 I will not be watching Russia's disgusting celebration of itself tomorrow.  The opening ceremonies for the Sochi Games will not be playing on my TV at work, nor at home on Friday night.  I can't bear to watch a celebration of Russia's history knowing full well this is a country that is actively trying to destroy its LGBT citizens with lies and religious bigotry.

The only thing that could make me watch would be news coverage featuring the repeat of some disaster that strikes during the event.  A mechanical failure, hopefully, causing embarrassment to Russian hosts and the bigot himself, Vladimir Putin.

Even better would be a brave protest by some athlete who unfurls a rainbow flag, perhaps.  It would be nice if some enlightened athletes from the enlightened parts of the world don rainbow buttons or symbols that promote equality and dignity amid such utter hypocrisy.

I will tune in over the course of the next two weeks to cheer on Canadian athletes.  Those events will not be about the repulsive host country; they will be about athletes from around the world, including our own country.

I wish Canadians the best of luck as they compete.  I wish all the athletes a great games.
Posted by Matt Guerin at 10:49 PM
Email ThisBlogThis!Share to TwitterShare to FacebookShare to Pinterest