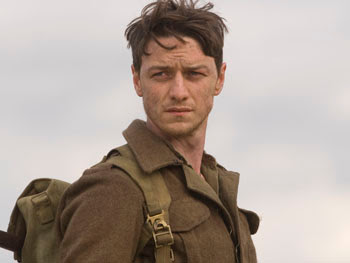 Enough of the Mulroney-Schreiber affair. I'll let other bloggers wax on at length about that ongoing circus.

I prefer lighter discussion this close to the holidays, like today's nominations for the Golden Globe Awards, the forebearer to the Academy Awards early next year. Yes, movie awards' season is back to keep our hearts warm this terrible winter.

A handful of Canadians are amongst the Globe nominees this year:

- Ellen Page for her comedic turn in Juno.
- Ryan Gosling for his comedic lead performance in Lars and the Real Girl.
- David Cronenberg's Eastern Promises earned a Best Dramatic Feature nomination, as did his star Viggo Mortensen in Best Dramatic Actor.
- International icon Julie Christie earned a well-deserved Best Dramatic Actress nod for her role in Sarah Polley's directorial debut Away from Her.

The funniest nomination: John Travolta for his turn as Edna Turnblad in the wonderfully gay Hairspray, also up for Best Comedy/Musical. Travolta was great in one of the best films of the year.

For a full list of the nominations, click here. Stay tuned for my Golden Globe predictions closer to the day.
Posted by Matt Guerin at 9:40 AM
Email ThisBlogThis!Share to TwitterShare to FacebookShare to Pinterest