I've watched this week's events in Trinity-Spadina closely, mostly appalled at the hypocrisy on display.

Let's briefly start with 22-year-old diva Zach Paikin, unqualified to be a MP due to a lack of life experience and a clear lack of judgment, who showed the world this week what he's made of.  Zach's been a Liberal since before Justin Trudeau became leader.  No doubt, Zach's volunteered in the past on numerous local campaigns of various Liberal candidates who were either appointed by previous leaders or won their nominations due to a manipulated process designed to ensure a solid team of candidates, sort of like the process that's currently unfolding in Trinity-Spadina.  In resigning from his own race for a federal Liberal nomination near Hamilton over this, Paikin strikes me as a hypocrite.

This is my take on what's happened in the riding next door to my own: Christine Innes and husband Tony Ianno have dominated Trinity-Spadina Liberal politics for over two decades.  They've been the only show playing in that part of town.   These are not people without huge egos.  They clearly feel entitled to continue to dominate.

As such, Innes planned to run in the upcoming by-election to fill the vacancy caused by Olivia Chow's resignation last week.  Furthermore, Innes wanted to run in her chosen riding of University-Rosedale in 2015, the northern half of the current riding, which will be divided into two after redistribution kicks in.

Trouble is University-Rosedale is the likely riding of current Toronto Centre MP Chrystia Freeland, a key member of leader Justin Trudeau's economic team, recruited to help define the party's policy agenda for the next ten years.  In the new Toronto Centre riding, it seems the party has its sights set on Bill Morneau, CEO of Morneau Sobeco, chairperson at St. Michael's Hospital and former CD Howe Institute director and former chair of Covenant House.

That left the new riding of Spadina-Fort York, the southern half of Trinity-Spadina, possibly for Innes.  Typically, team players have to take one for the team in order to avoid unnecessary conflicts.  In previous elections where incumbents found their ridings changed due to redistribution, many had to make tough decisions to run in areas which were not their first preferences.

But this wasn't going to be the case for Innes, despite the fact she's not even a member of caucus.   According to reports, Innes and her husband Ianno had decided they were going to ignore the wishes of the party and take over the University-Rosedale riding membership and executive to block Freeland, a sitting MP.  Allegations of threats and intimidation by Innes' team surfaced.

The party wanted to put an end to this and offered Innes a way out of the potential mess that was brewing.  So the party asked Innes to sign an affidavit promising to stand down in University-Rosedale and instead set her sights on Spadina-Fort York.  Were Innes a team player, she would've accepted the offer.  But clearly she had other ideas.  So the party took the hardline to shut out the nominee who wouldn't play ball.

I've heard from sources close to Innes that she refused because she felt such a declaration might undermine support for her candidacy in the north end of the riding in the by-election.  I don't buy that.  Freeland refused to say in her recent by-election campaign where she'd run in 2015.  Instead, she said her only goal was to get elected in the by-election and work hard for the entire riding of Toronto Centre, which she is doing now as the MP.

I've learned that politics is a team sport.  It's not a field to enter if your only concerns are your own agenda and ego.  The more engaged you want to be in politics, the more you have to sacrifice your own narrow interests in favour of the interests of your fellow citizens, your party and your country.

Every Liberal leader since Jean Chretien has appointed candidates in ridings against the wishes of some local Liberals.  Many party members have been miffed they didn't get their way or weren't consulted as readily as they'd hoped.  In politics, no move ever wins support from 100 percent of party members.

Justin Trudeau has promised open and fair nomination races and not to appoint candidates without local members getting a vote.  At the same time, Justin has a responsibility to assemble a strong team of candidates in order to show Canadians that the Liberals are ready to form a government.  Sometimes balancing these two things can be difficult and occasionally a bit messy.   But I support the leader's right to do this kind of thing.

The party's handling of this situation in Trinity-Spadina has been messy.  But that seems to have been unavoidable considering the circumstances.  I don't begrudge Innes and her supporters now speaking out to defend her team against the allegations in the media, even if the allegations are largely true.

Politics is nasty.  It's not nice to see these internal battles boil out into the open.  But nothing happening in Trinity-Spadina lately surprises me.  In the end, it's all inside baseball.  The general public do not care much about such matters.

I hope the party can find a decent, well-known candidate now to step forward in the riding and take on the NDP.  And move beyond this.
Posted by Matt Guerin at 2:50 PM No comments:
Email ThisBlogThis!Share to TwitterShare to FacebookShare to Pinterest

Centrist Liberals will decide who becomes the next mayor of Toronto.... 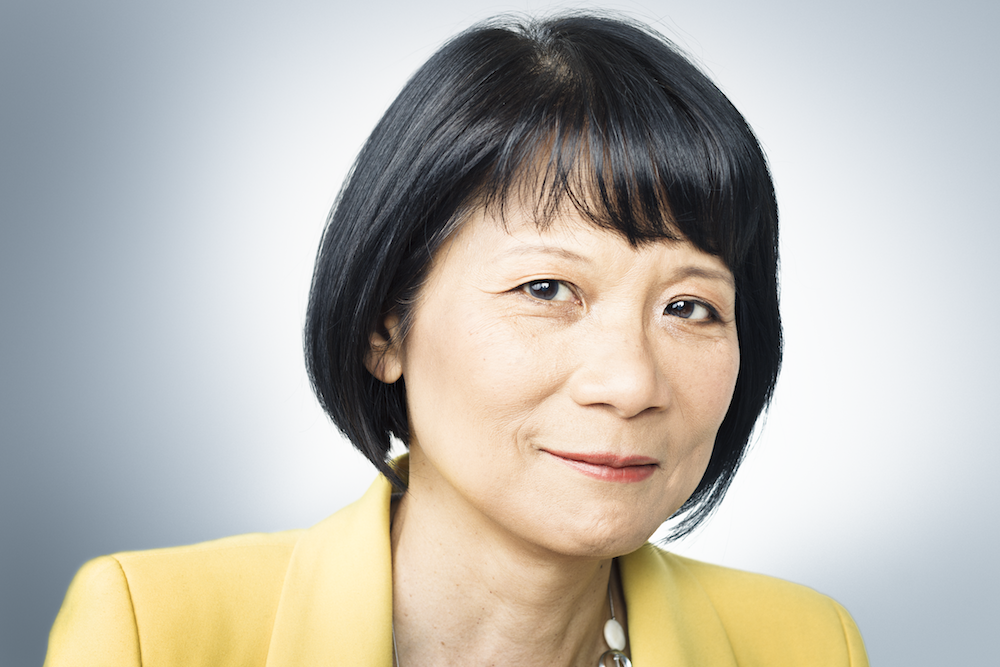 Now that Olivia Chow has officially entered the race for Toronto's next mayor, the stage is set for an epic battle.  The field of candidates is crowded, but it will definitely begin to thin out over the next few months.

I predict the first major candidate to drop out of the race will be Karen Stintz, a smart woman who unfortunately has a tendency to swing back and forth all over the place on many issues, particularly public transit.  She even once said she'd never run against Rob Ford for mayor.  She's not the leader Toronto needs in 2014.  Once she realizes she can't possibly raise the kind of money she'll need to mount a serious challenge, she'll pull out.  I wish her well in her re-election efforts as a councillor in her ward, where I'm sure she'll be successful again.

David Soknacki seems like a fringe candidate, but is being treated like a major contender by much of the Toronto media.  We'll see if he can pull his support out of the single digits.  Yet, I have a feeling he's in the race until the end.  But if he fails to gain much traction, he may only emerge on election day with 3 or 4 percent of the vote, barely registering.  But in a close race, that 4% could be crucial.

It's clear that Toronto's fiscal conservative, red Tory establishment and some of its grassroots have abandoned the Fords and have found their new champion in John Tory, whose campaign in 2014 thus far is off to a fairly good start.  His vision and articulated message thus far is simple: he wants a city that is more liveable, more affordable and more functional.  And he seems supremely well-suited to deliver on that vision should he be elected.

Tory is gambling that Torontonians aren't ready to elect a leftie mayor again so soon after David Miller and only goofed up electing Rob Ford in 2010 because no better conservatives stepped forward.  Of course, whose fault was that?  It was Tory's fault for not stepping up when he so clearly should've.  Had he, Tory might've kept Ford out of that race and would likely be mayor right now.  Toronto would've been spared the circus of the last four years.

Still better late than never, I guess.  This is John's last big fight and I'm glad that he's in the race.  But Tory's path to victory is going to be very difficult.  Between Ford's stubborn/stupid base of support, which may be between 20% and 30% of voters, and Chow's solid claim to progressive voters, which might be between 30% and 35% of voters, it will be very tough for Tory to seize momentum and begin to surge into serious contention.

For Tory to win, he's got to win the lion's share of Liberal votes in this city, which I would estimate make up about 40% to 50% of voters.  He can do this if Olivia Chow fails to connect with these voters or scares them with a message that sounds an awful lot like David Miller-redux.

Thus far, the Chow campaign seems more than aware of these pitfalls and their messaging seems quite smart, focusing on Chow's personal family history and character, claiming she understands the value of a dollar, the importance of hard work and the real struggles of ordinary families in this city.  With smart, oft-repeated messaging, Chow could overcome what may be an initial handicap and convince enough Torontonians that she has what it takes to be mayor.  If she inspires and connects with enough moderate voters, she'll add to the 30-35% she has going in.  She won't need a massive amount of Liberals voting for her in order to win.

I'm approaching this race as a pragmatist.  I very much like both John Tory and Olivia Chow.  I think both of them would bring enormous strengths to the office of the mayor and make our city better.

But my prime concern in this race is removing the psychopathic buffoon currently occupying the mayor's chair.  Which ever candidate - Tory or Chow - emerges as the best positioned to win over Ford will get my vote.  If polls change and show the race is actually between Tory and Chow while Ford's support nosedives to the low levels he deserves with no serious chance of re-election, then I will have a tough decision to make.
Posted by Matt Guerin at 10:40 PM 2 comments:
Email ThisBlogThis!Share to TwitterShare to FacebookShare to Pinterest
Newer Posts Older Posts Home
Subscribe to: Posts (Atom)