The Wildrose Party in Alberta has nothing on Toronto (in the bigotry department) as long as Rob Ford, aka Mayor Fraud stays in office.

If there were any fiscal conservatives or red Tories who still believed Ford's refusal to participate in Pride events was anything other than a disgusting and arrogant display of bigotry, perhaps this announcement, two months ahead of time, without even checking his schedule, will finally prove it. Pride starts on June 22nd with a flag raising at Toronto City Hall. Somehow I don't think even fat Ford's well-publicized diet will inspire him to take the stairs up one flight in order to participate in that. His family cottage getaway that doesn't start until June 30th will no doubt prevent him. He's scared of gays, you see, and he's happy to send the message to the public that it's okay to disrespect us. He attends other big annual festivals, including the Caribbean festival in August. But when it comes to our 10-day festival, his family trip on the last day of the festival means he can't make any of it. Only idiot homophobes and Ford Nation buy that.

The mayor of Toronto has an obligation to respect and acknowledge all communities in his city and Pride is the LGBT community's biggest annual festival. He is insulting us by snubbing us in 2012, as he did in 2011, as he did prior to becoming mayor when he said AIDS prevention programs deserve zero funding because the only people who get AIDS are gays and drug dealers.

George Smitherman, the man most responsible for Ford's election, I hope you're happy. Ugh.
Posted by Matt Guerin at 9:29 AM No comments:
Email ThisBlogThis!Share to TwitterShare to FacebookShare to Pinterest 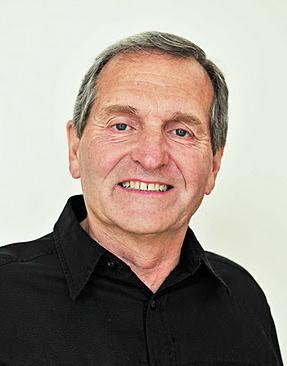 Consider this metaphor: Wildrose leader Danielle Smith seems to resemble a lovely flower in her party surrounded by dying weeds. She's promising that the weeds won't overtake her if she leads her party to victory in the April 23rd Alberta election and that she'll never legislate on contentious social issues like equal marriage or abortion.

Yet many running on her party's ticket hold some pretty disgusting views about life, death and LGBT people in particular. Case in point, Allan Hunsperger (pictured), a pastor and founder of private religious schools who is running for Wildrose in an Edmonton riding, who blogged just last June against Lady Gaga's famous 'Born This Way' hit.

But Hunsperger has since retreated, deleting his blog post and issuing this wimpering retraction:

“Recently, a blog posting I had written in the past has been widely circulated and has caused some controversy regarding my personal religious views. The views I expressed in this blog posting are my own personal religious views and were given in the capacity as a church pastor. I fully support equality for all people, and condemn any intolerance based on sexual orientation or any other personal characteristic. I also entirely support Danielle Smith in her commitment that a Wildrose government will not legislate on contentious social issues.”

For a party that prides itself on grassroots support and supporting individual members' freedom and input, this definitely sounds like a local candidate has been whipped into the party line.

Since then, leader Smith has tweeted: “Once again... a [Wildrose government] will not legislate on controversial social issues – [especially] those that have already been settled by the Supreme Court...I will represent all [Albertans] regardless of their race, religion, gender, politics or sexual orientation. Rights are rights are rights.”

With victory in their grasp, Wildrose is hiding its social conservative face. If Danielle Smith is truly a modern libertarian in the best sense, that's fine. But I can't help but fear electing a Wildrose government in Alberta will turn back the tide of equality for LGBT people. Folks like Hunsperger make up the bulk of Smith's candidates and if they elect a huge caucus in next week's election, what's to stop an individual MLA from putting forth a private member's bill calling for any mention of 'homosexuality' to be removed from the public school curriculum? Or to ban all 'gay-straight alliances' in the province? Or introduce 'conscience rights' into law, which would allow publicly-paid marriage commissioners to discriminate against same sex couples who want to marry?

Many conservatives have been complaining lately that the recent attacks against the Wildrose's alleged 'hidden agenda' simply mimic those that were leveled for years against Stephen Harper's Conservatives. Look, they say, there has been no right-wing agenda implemented to dismantle long-fought-for rights for LGBT people and others in Harper's Ottawa, even with a majority.

But let's be clear: the Harper government quickly dismantled the Court Challenges program upon assuming office, which helped marginalized groups fight for their human rights under the Charter (including LGBT people.) The Harper government routinely ignores the LGBT community in all its dealings, and recently cut back all funding for LGBT festivals from a tourism promotion fund.

Despite Smith's reassurances, progressive Albertans should still be alarmed with Wildrose's sudden ascendancy. It's the privilege of heterosexual Albertans whose human rights have never been questioned to flirt with the change that Wildrose might bring. But for those who do understand what it's like to face discrimination, especially in a province like Alberta, it's scary.

On the 30th anniversary of the Charter of Rights and Freedoms, a document which directly allowed for full equality rights for LGBT Albertans, an anniversary that is now being ignored by the Harper Conservatives in Ottawa, we have to remember just how tenuous LGBT rights are in the hands of these people.

Consider the fact that useless, freak-a-zoid Conservative MP Rob Anders is backing Wildrose all the way, claiming that the bulk of federal Conservative MPs share his love of the Wildrose. Anders must've canvassed his federal colleagues between his naps in the House of Commons, or when he wasn't threatening Canadian veterans in parliamentary committees. If the Wildrose did away with people like Anders and Hunsperger in their midst, I suspect they wouldn't have much of a party membership anymore.

It's one thing for a Harper majority in Ottawa governing over a country as diverse and progressive as Canada to hold the line on a social conservative agenda. But if conservative Alberta elects a Wildrose government with 70 or so members in next Monday's election, can Danielle Smith really guarantee that she alone will be able to stop all those emboldened, right-wing backbenchers from aggressively pushing an anti-equality agenda?
Posted by Matt Guerin at 1:02 PM No comments:
Email ThisBlogThis!Share to TwitterShare to FacebookShare to Pinterest

All those dolts who wanted a Conservative majority in Ottawa because they were tired of exercising their democratic rights every two years and they wanted some kind of "stability", well guess what?   A Conservative majority with almost no support in Quebec is a recipe for undermining national unity and has put wind in the sails of the Parti Quebecois.

Expect a PQ government in Quebec after the next provincial election with only Stephen Harper in government in Ottawa to counter it (at least until Canadians elect Tom Mulcair's NDP to save the country from the Conservative idiots.)