The sensational 'The Way He Looks' plays at Toronto's Brazil Film Fest this Saturday...

I sadly missed a previous Toronto screening for Daniel Ribeiro's feature film 'The Way He Looks,' at the Inside Out festival back in May.  That's why I was thrilled to learn that Toronto's Brazil Film Fest teamed up with Inside Out to sponsor another screening this weekend of Brazil's official entry for the 2015 Academy Awards for Best Foreign Film.  The Brazil fest even provided me with an online screener and I had a chance to check out the gem of a film last night.

The story of 'The Way He Looks' concerns a blind teenager named Leonardo whose longtime friendship with female friend Giovana is threatened when he develops romantic feelings for a new male student at school named Gabriel.


Leo's struggles at high school and with family are poignant and extremely honest, told without melodrama or an abundance of sentiment.  It's a fresh and beautiful film.  As Leo, young actor Ghilherme Lobo is sensational, reprising the role he first played in Ribeiro's 2010 short film which featured a small taste of this feature story, 'Eu Não Quero Voltar Sozinho.'

In fact, the main cast from the short film returns as well, including Fabio Audi as Gabriel and Tess Amorim as Giovana.  And they are all fabulous, as is the rest of the cast.  Ribeiro's writing and direction is assured and deeply loving of his characters, nurtured over several years.  The result is an incredibly satisfying feature film that explores gay first love from an angle not before experienced by audiences.   I think this may be the best adaptation of a short film into a feature film I've ever seen.  None of the charm from the original short is lost; in fact, the experience is greatly enhanced.   Clearly, Ribeiro is a filmmaker to watch.

To date, I'm not sure if this gem of a feature film has a Canadian distributor, so if you're in the Toronto area this Saturday night at 9 pm, please go check out 'The Way He Looks' at the Brazil Film Fest.  Click here for more information and for tickets. 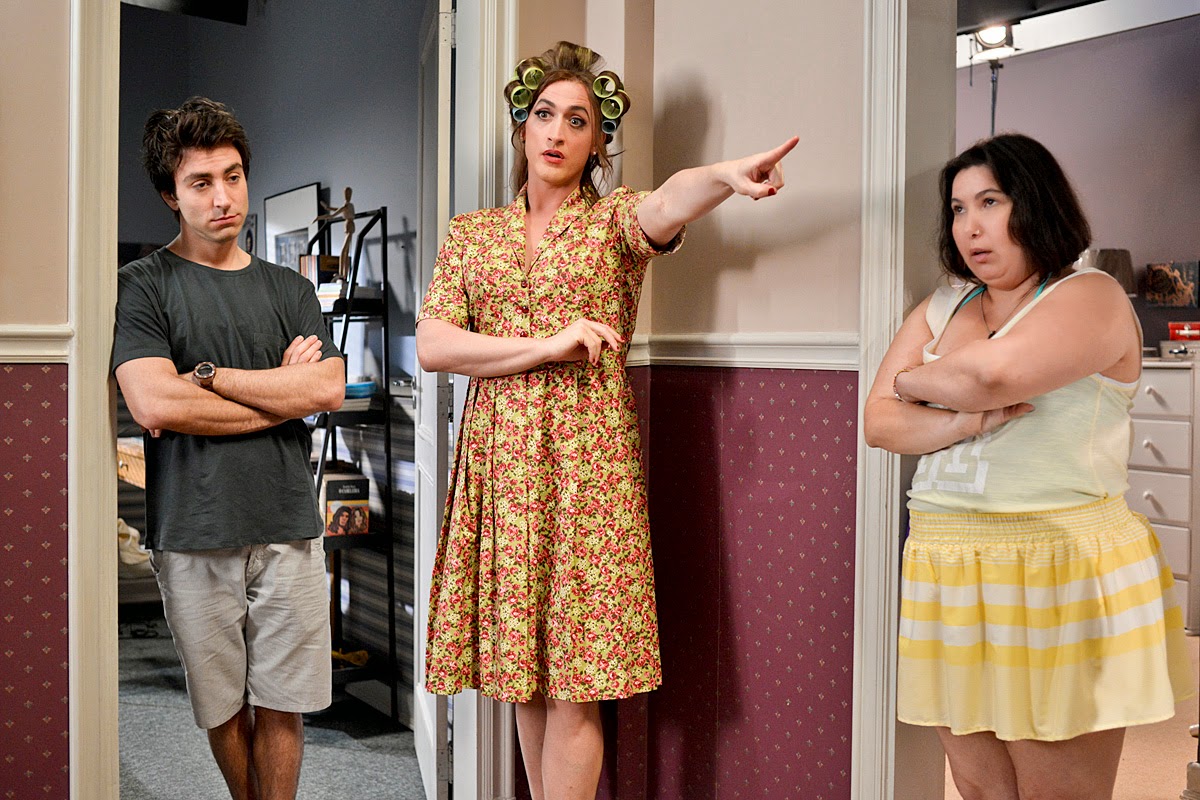 Another flick with a queer twist at Brazil Film Fest is Paulo Gustavo's hilarious film, 'My Mom is a Character' (pictured on the right). Based on his stage play, the romp details a mother played by Gustavo in amazing drag who takes some time off from her family after another spat with her adult kids including a cute gay son.  It's definitely worth a look if you're in the mood for something lighter, but no less charming.

Here is the full, original 2010 short film 'Eu Não Quero Voltar Sozinho' by director Daniel Ribeiro.  If you like this, you'll love the feature version.


Posted by Matt Guerin at 9:01 AM
Email ThisBlogThis!Share to TwitterShare to FacebookShare to Pinterest