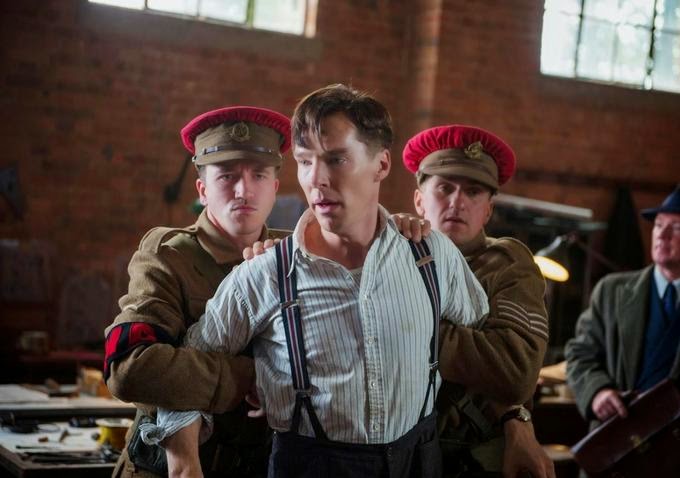 Due to vacations and work, I took it easy on TIFF this year, seeing only four movies.

But I'm happy to say that one of those four films was Morten Tyldum's excellent 'The Imitation Game,' (pictured) which today won the People's Choice Award at the festival.

And what a great result that would be for a film that chronicles the life and work of mostly unknown Alan Turing, a British mathematician, logician, cryptanalyst, philosopher, computer scientist, mathematical biologist, and marathon and ultra distance runner, who led efforts to successfully crack the Enigma code during World War II.  Winston Churchill said that Turing made the single biggest contribution to Allied victory in the war against Nazi Germany.  Turing's pivotal role in cracking intercepted coded messages enabled the Allies to defeat the Nazis in several crucial battles.

The film focuses mostly on those fascinating efforts, but does so while shining a light on a character, Turing, whose introverted/anti-social nature might usually have deemed him an unsuitable lead character for a feature film.  The fact that the audience overwhelmingly sympathizes with Turing is due mostly to the great performance by Benedict Cumberbatch.

As Variety puts it in their mostly positive review, "His Turing is a marvel to watch, comically aloof when confronted with as mundane a task as ordering lunch, but seething with the mad intensity of a zealot whenever anything risks impeding his work, and finally heartbreaking in his inability to cope with the cruel realities of the world outside Bletchley Park."

The film flashes back and forth between events around 1952 when Turing was arrested for gross indecency (something I committed last week, by the standards of Turing's time), to Turing's war efforts between 1939 and 1945, and Turing's youth where the shy, bullied lad briefly found platonic first love with a schoolmate named Christopher, whom he would later name his Enigma-breaking super-computer after.

By the end, the audience is left with a strong sense of sadness at the life of a mostly misunderstood and tormented man who, despite hiding most of his life from people, still contributed so greatly to his own time and all the decades since.  His work building the Christopher computer, capable of deciphering through millions of possibilities to break the German Enigma code, clearly formed the basis for the modern computer.   For him to die so young (age 41) makes obvious the profound loss and tragedy of this genius's life.

Check out 'The Imitation Game' when you can!

I also saw and quite loved 'The Theory of Everything' about the early life of another genius of our time, Stephen Hawking.   It was as impressive as 'The Imitation Game,' although perhaps not as tragic and poignant.  Star Eddie Redmayne was simply perfect as Stephen Hawking.  No doubt, Redmayne and Cumberbatch have great chances of landing Best Actor Oscar nods early next year.

The final two films I saw at TIFF this year were Abel Ferrara's 'Pasolini,' starring Willem Dafoe as the infamous Italian director/writer Pier Paolo Pasolini, which was interesting but not overly focused, and the stunning 'Love in the Time of Civil War,' by Quebec director Rodrigue Jean. 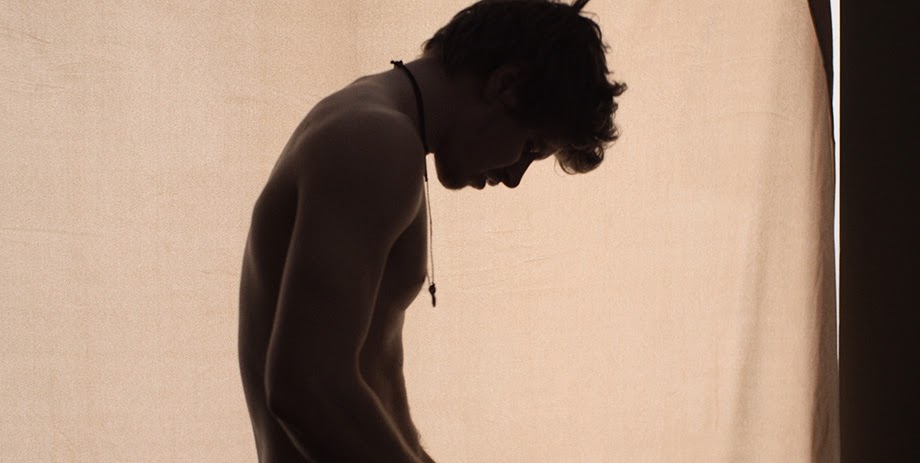 Jean's film about Montreal junkie hustlers who gravitate between hot sex and searching for their next hit, was a bit long but still hammered home the point of these sad, downward-spiraling lives.  As the lead, sexy and oft-naked Alexandre Landry (pictured above) holds nothing back and, despite looking often a bit grubby, still manages to be mesmerizing.   No wonder he was named by TIFF as one of four 'Rising Stars' this year.

There wasn't much love in this time of civil war, but that seems to be Jean's point in one of the better films I've seen on the subject.   This one deserves a wide, international release across the whole gay market, if you ask me.
Posted by Matt Guerin at 3:32 PM
Email ThisBlogThis!Share to TwitterShare to FacebookShare to Pinterest