Dear conservatives, Donald Trump was a bridge too far... 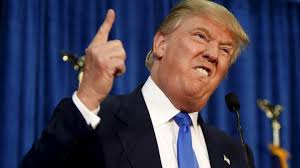 Like many, I am so thankful that the U.S. election went the way it did.

Also like many, I was disappointed it wasn't the humiliating defeat the monstrous orange-haired beast currently occupying the White House deserved.

It was a clear defeat with a margin of about 51% for Biden to 47% for Trump.  Yet that was one point higher for Trump than in 2016.  Despite possessing less maturity than your average teenager, despite woeful incompetence and recklessness managing the U.S. response to the pandemic this year, causing tens of thousands of unnecessary deaths and massive economic collapse, not to mention years of spouting racist and other bigoted bullshit and endless lies, Trump got nearly 1 out of every two American votes.

Luckily a popular vote victory this year did match up with the electoral college, but only barely.  Biden's wins in Wisconsin, Michigan, Pennsylvania, and Nevada were razor thin.

How could someone so monstrous get so much support from voters?

Sadly, it's because most conservatives simply don't care too much about bigotry.  For too many of them, bigotry simply is not a deal breaker, if they even acknowledge it at all.

I watched Kelly Jane Torrance of the right-leaning New York Post editorial board appear on a CBC TV political panel this week after it became clear Trump was likely heading to defeat after a close result.   When asked how it might be possible to govern such a polarized country going forward, she stated governing will be more difficult if Democrat pundits and politicians continue to call "nearly half the country racist."

I'll never understand how one can vote for a politician you know is racist, or has been using racism to gain greater political power, as Trump objectively has always done.

It's a deal breaker for me.  Same goes for homophobic politicians.  That's why I'm a liberal.  The importance of equality trumps any personal gain.  I would not support a bigot just to get a tax cut.

I guess that's the main difference between me and most conservatives.

I have conservatives in my own family who voted for Stephen Harper after he called same sex marriage a "threat to a genuinely multicultural country."

When questioned about how they could vote for someone who said that when you have a gay relative they love, I was told they too were voting conservative for other reasons and I shouldn't try to hold them to account for everything their favoured politicians have said and believe.  I suppose that is fair.  When I vote for anyone, I'm not necessarily endorsing every single thing that person has ever said or done.

To their credit, those same family members and many other conservatives have condemned Donald Trump for years.   There are, indeed, many other instances of conservatives standing by fundamental principles such as basic dignity of individuals and respect for equality, and speaking out against those espousing bigotries.   The Republicans behind this year's Lincoln Project are just the latest shining examples.

To be honest, here in Canada I don't know of any mainstream Conservative party leaders I'd describe as bigoted on par with anything close to Donald Trump.   I'm glad Conservative supporters in Canada tend to be reasonable in making their final leadership choices, especially recently.   Erin O'Toole did win as a conservative populist throwing bits of red meat to win over the sizable socially conservative base of his party.  But he has taken a more inclusive approach to leadership than his predecessors.  There are, of course, a handful of Canadian conservative backbenchers who frequently spout nonsense - here's looking at you, Sam Oosterhoff and Randy Hillier (who was kicked out of his Ontario PC Party after years of outrageous comments.)

The late Rob Ford, Toronto mayor from 2010 to 2014, was more of Donald Trump's style, including the buffoonery.  But he got sick and didn't run for re-election in 2014.  John Tory put an end to his brother's mayoral ambitions that year instead.  Then Doug Ford went on to become PC leader and got elected Ontario premier in 2018.  While more Trump-like in the first year of his term, Doug Ford seems to have found his "adult mode" button in recent months, leading efforts to combat the spread of Covid in Ontario.

But Donald Trump is a different story.  So completely inept, selfish and explosive in terms of his bigoted rhetoric, he was a bridge too far.  Nothing could justify this horror we've seen the last four years.

For most progressives, the last four years have been tantamount to extreme torture.  Donald Trump should never have been elected but he was because many people on the right who should've known better didn't bother to listen to their better judgments.   Tax cuts trumped decency.

But isn't decency a key foundation of conservative ideology?  It ought to be.

If racist bigotry or any kind of bigotry isn't a deal breaker for you - and you still vote for the bigot in the end - then, I'm sorry to say, you are part of the problem.  If the country is more divided, it's your fault.

Until conservatives refuse to back bigots just because they are promising them tax cuts, they will not have my full respect.

I'm done with anyone who equates lies with truth.

Truth is objective.  The last four years, it's an objective truth that many innocent people have been tortured by a monster most Republicans helped put in office.

How did this fool foist himself on the modern Republican party and the public?

Donald Trump never won more than a minority of Republican support in the earlier 2016 primaries, but that was enough to sweep control of the party because of its winner-take-all voting system.  As a result, loyal Republicans were pressured to side with him.  Most did.  Conservatives in Canada have long ago embraced more just voting systems such as preferential balloting in leadership races to ensure majority support carries the day and not just a horrifically deranged minority.

Nobody wants a polarized country with one side failing to listen to and understand the other side.  I do try to respect conservatives, even social conservatives.  I listen often to conservatives and have learned a lot from them in life.

But I can't yield on fundamental justice and equality issues.  Racists are not qualified for office and should never be tolerated.   I really wish that belief was shared and acted upon by a vast majority of conservatives, instead of just a bare majority which seems the case now, sort of...

Conservatives, if you want respect from us, start showing respect consistently.

When people choose not to follow the same course in life you chose for yourself, please respect them for it.  Don't patronize and attack them as inferior to you.  Because we are not.

Conservatives know they screwed up with Donald Trump.  After the rare one-term defeat of a sitting president, Trump will soon join a list of humiliated former leaders.  He deserves to be there.  (This of course assumes he doesn't try to mount a coup d'etat over the next two months.)

I'll be curious to see how Republicans decide to move forward post-Trump.  I hope they choose a less dangerous path for us all.

Posted by Matt Guerin at 3:02 PM
Email ThisBlogThis!Share to TwitterShare to FacebookShare to Pinterest