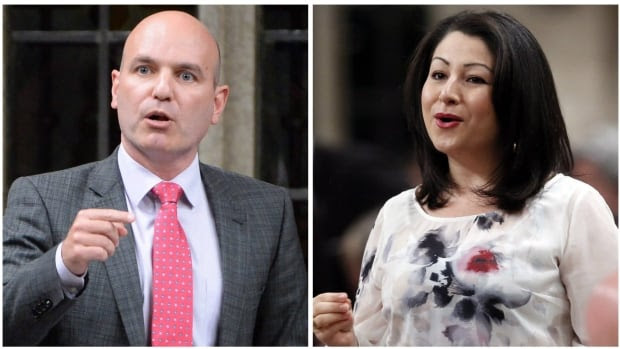 After mostly botching the launch of their democratic reform committee earlier this month when they originally stacked it with a majority of Liberals, the federal government has fixed it considerably today with this move.

Now, the Liberals will hold only 5 seats on a committee of 12, handing the opposition a majority of votes on the committee that will study and make a recommendation on a possible change to our voting system.

I wrote when the committee was launched that moving unilaterally to change the system, perhaps to a ranked ballot (as seemed the case based on the Liberals' actions), would be a huge error by the Trudeau government.  Such a process would be tainted and threaten to de-legitimize any possible change.

But by agreeing to add one NDP MP to the committee, plus give Green Party Leader Elizabeth May and one Bloc MP voting rights, it seems the federal Liberals have fixed the process and put this issue back on track.  The NDP and Greens seem quite happy.

But Conservative Scott Reid seems to have blown a gasket.   As we know, any kind of change away from First-Past-The-Post would hurt narrow Conservative partisan interests as ranked ballots would force all parties to appeal outside of their grass roots base, while proportional representation would make it impossible for Conservatives to impose their will on the country with only 39% of the vote.

Reid calls today's compromise a "backroom deal" which has left him "mighty ticked off."

Conservatives remain desperate for a referendum to scuttle any possible change.  They love the current system as is because it hands them 100% of the power with as little as 39% of the vote.

Reid strangely calls today's move to change the make-up of the committee to closely match the popular vote in the 2015 election "wildly undemocratic."  Reid also claims any change the prime minister favours "will be unconstitutional."

Can you say 'hyperbole'?  Can you say 'bullshit'?   That's all the Conservatives' Reid is offering today on the issue.

While the initial launch of this process seemed flawed, dooming the whole process perhaps to failure, today's move actually saves the process.   By opening up the process to give more say to the NDP, the Greens and the Bloc, the Liberals have won a huge amount of legitimacy.

Furthermore, the chances of making a change to proportional representation have just gone up.

If the Liberals come to an agreement with the NDP and Greens on a new system, the government will have great latitude to implement it without an expensive referendum.   Perhaps the Liberals and the NDP could agree to hold a referendum after one or two terms under the new system.

It still remains uncertain where this process will lead us and how serious the Liberals are about changing the system.   But today's news is good news for those who favour dumping Canada's antiquated voting system.
Posted by Matt Guerin at 4:05 PM
Email ThisBlogThis!Share to TwitterShare to FacebookShare to Pinterest