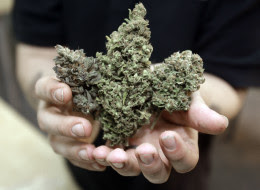 Stephen Harper is being taken to task a lot lately for spending $600 million of taxpayers' hard-earned dollars on 'Government of Canada' advertising that does little more than promote his own partisan interests.

The latest and most blatant example, chock full of lies, paranoia and doubtful science, is the offensive anti-marijuana ad campaign from "Health Canada" released this fall.  You'll recall how many health care professionals refused to participate in it or lend it credence, rightfully aware the campaign was little more than a political attack on Harper's main opponent, Justin Trudeau.  I won't post a link to the YouTube ad as I don't want to give it more traffic or insult your intelligence further.

But John Doyle sums it up nicely:

"Marijuana Use, in which over deeply ominous music, it was announced, “Did you know that marijuana is on average 300 to 400 per cent stronger than it was 30 years ago? And that smoking marijuana can seriously harm a teen’s developing brain?” Actually the science is limited and, actually, the commercial is political, not medical. Irritating to think we are taken as fools."

Exactly.  The Harper government conducts no scientific research on marijuana.  Certainly, it hasn't been monitoring strength levels of street marijuana for 30 years.  So the claim is about pot being 400% stronger today than 30 years ago is unquantifiable.

The ad also remarks how marijuana use lowers IQ, as it plays a solemn chord from the Canadian national anthem, a staple from all federal government ads.

"But there’s a problem: the public service announcement doesn’t stem from any type of health concern whatsoever; instead, it’s an arrogant, offensive election grenade. And the Canadian public sees right through the insult.

"Not only is the ad misinformation — the video fails to name a single source — it’s a not-so-subtle attack on the leader of the opposition, Justin Trudeau. And with that, the ad is revealed for what it really is: a political ploy."

"The spot was chosen after that message (warning parents about pot hurting teen IQs) got the strongest reaction from focus groups of parents who were privately shown a similar ad and several alternatives in cities across Canada in June.

"The parents, described by the interviewers as "generally uninformed regarding marijuana health risks," reacted with alarm when told marijuana can trigger psychosis, schizophrenia and a drop in IQ in young, still-developing brains.

"The information on the harmful effects of cannabis on mental functioning was "surprising and scary" to them, says a newly released report by Harris Decima, commissioned by Health Canada at a cost of $95,000."

These messages may scare the Tory base, the only voters Harper has ever truly cared about.  But I think that Harper's instincts are getting dull.  His garden of potential voters is shrinking.  His show is getting very old and more and more Canadians are open to an alternative.

Stephen Harper did some media interviews last week and didn't inspire much confidence that another four years of him would provide much improvement.   It'll be the same old Harper going forward: all of Canada's economic eggs in the oil basket, evidence and reason thrown out the window in favour of ideology, ham-fisted ideas without any basis in evidence or fact implemented into law, and taxpayer dollars used to promote Tory propaganda.

And more and more, mainstream Canadians seem to be coming over to the pro-legalization arguments.  Marijuana is not the boogeyman Harper hopes we still think it is.

And the fearmongering is unjustified when looking at the experiences of other countries or regions which have liberalized their marijuana laws.

One study in the U.S. shows that teen use of marijuana is actually going down at a time when more states are moving toward legalization and regulation of the substance.  There goes one of the main planks in Tory fear and paranoia against liberalization of our pot laws.

The experience in Uruguay has also been positive.

"In a country that is a major exporter (and consumer) of beef, perhaps the metaphor is only a bit corny that Uruguay has taken the bull by the horns in the battle against cannabis. It has accepted the inevitable – that cannabis will be and is being widely used – and is trying to regulate its production and use to reduce consumption and crime."

It would appear that, yet again, Liberal Leader Justin Trudeau is more in touch with the views of Canadians than our ham-fisted, intellectually rotting prime minister.   This is but one issue where Harper is clearly now more than ever offside with a big majority of this country.   And that divide is getting wider just in time for the 2015 election.

Stay tuned for a new post very soon about my predictions for the 2015 election.
Posted by Matt Guerin at 9:12 AM
Email ThisBlogThis!Share to TwitterShare to FacebookShare to Pinterest

the 'flaw' in your post is that you rely on facts and empiricism to come to your conclusions, some thing the Harper cabal has deemed anathema. ;)