Yuck! Not more of this poison... 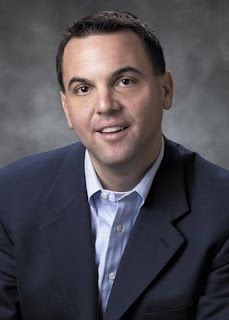 Ontario Progressive Conservatives turned back time over the weekend by electing lifetime politician Tim Hudak, the 41-year-old MPP from Niagara region, to lead them into the next Ontario election in 2011. I'm now suffering from some unwelcome deja vu as this guy seems to be a clone of Mike Harris, minus the golf pro status (although I'm sure Hudak's the type of guy who'd love to spend hours on the golf course, not that there's anything wrong with that!)

I've got to say I'm disappointed that Christine Elliott, with her 'Ontarians are all equal, let's treat them that way' approach to politics, came up short. Instead, the Tories have settled for easy answers and divisive politics again. We should expect more demands to cut taxes in the face of our multi-billion deficit, more scape-goating, more attacks on the 40-50% of people out there who fall outside the Tory universe of privilege and respect.

I expect Hudak's Tories will now sit and wait, hoping that the rough economy and voter fatigue takes its toll on the Liberal incumbents at Queen's Park. By 2011, Ontarians will be ready for a change, I'm sure Hudak's hoping.

But I don't think that's going to happen. It's true that Hudak's leadership will probably inspire the McGuinty Liberals to work harder. There's nothing like the threat of an intolerable opponent to focus the mind. I'd be more inclined to fork over some donation money to the Ontario Liberals now. The Ontario Liberals, despite recent spending scandals, do have a decent record of governing and McGuinty remains respected, if not loved.

Recent history could be repeating itself: in 2007, John Tory's ill-conceived and far-right policy to fund private religious schools with public money became a lightning rod and cost the Tories the election. It's ironic the one policy in Tory's platform that was a major sop to the neo-cons of his party ended up costing him the election; now the right-wingers behind Hudak have successfully duped party members into believing the answer isn't avoiding far right policy traps like private school funding, or say, ending human rights protections in Ontario. No, the answer is more of what got them crushed in both 2003 and 2007.

Hmmm....Hudak's promise to abolish Ontario's human rights watchdog should send shivers down the spines of all Ontarians who have faced discrimination. Already, Hudak is writing off a huge portion of the Ontario populace in his bid for power.

Combined with a charming new NDP leader, Andrea Horwath, who will make some noise but probably be as ineffectual as Howard Hampton, it's beginning to look a lot like another Liberal majority in 2011. Yes, Ontario Tories, you made a big mistake electing a Mike Harris clone because it proves you've clearly learned nothing from the last two elections. Best of luck in 2015 under hopefully new leadership!
Posted by Matt Guerin at 8:18 PM
Email ThisBlogThis!Share to TwitterShare to FacebookShare to Pinterest

The Human Rights Tribunal has become a forum for nothing more than thought crimes. A democratic society cannot legislate feelings of hate against individuals or groups.

I fully support the prosecution of anyone who is spreading hate with the intent to cause harm. But Section 13 is a ridiculously broad and can be used to enforce thought crime.

Discrimination should be dealt with in the courts, where both the victim and the accuser are afforded the same rights. Not the kangaroo courts that the Human Rights Commission have become.

So you want to use a sledgehammer on a problem a screwdriver could fix? You want to shut down the entire human rights watchdog system in Ontario rather than make necessary changes? Shame! (Be very prepared for this kind of simple retort to your complicated policy suggestion...)