Historic NDP victory in Alberta gets tonnes of reaction! 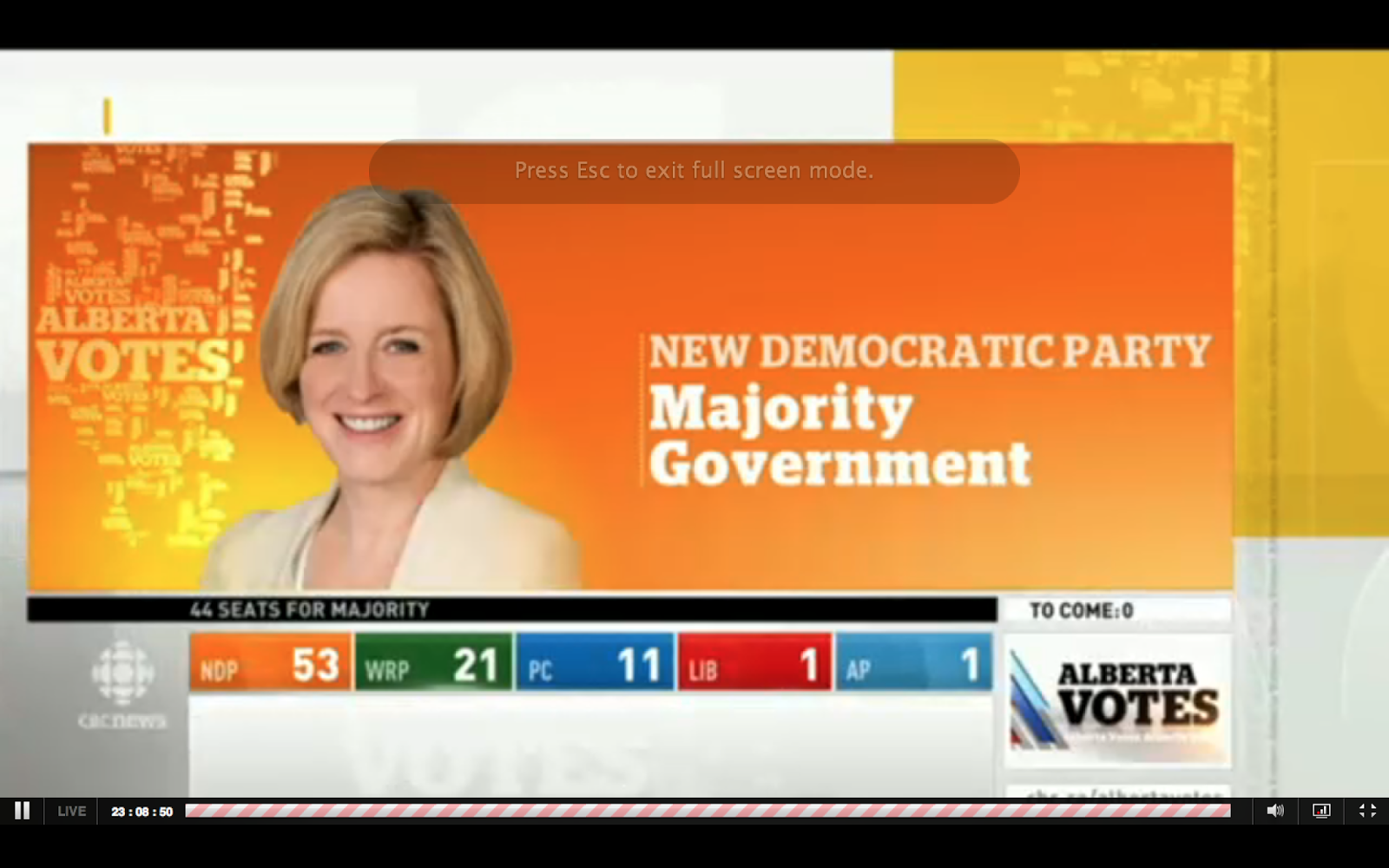 Last night's historic NDP majority in Alberta was something to behold.   Goodbye, Alberta PCs and Jim Prentice!  The NDP took 53 seats, the Wildrose 21, the PCs just 11, the Liberals one, and the Alberta Party took one.

Calling the election when he did will go down as one of the biggest political blunders in recent Canadian history.

Reactions are pouring in.  I have to eat my words about the NDP never being able to win in Alberta.  Clearly, in the right circumstances (including immense public anger at the conservative incumbents, lack of confidence in the Wildrose opposition and a collapsed Liberal Party), the NDP can unite the progressive vote behind it and beat Conservatives.

There are more serious implications for last night's vote, but I'll save those for another post very soon.

In the mean time, please enjoy this parody video, 'Hitler reacts to Alberta NDP majority election,' I created late last night to have a little fun:


Posted by Matt Guerin at 9:19 AM
Email ThisBlogThis!Share to TwitterShare to FacebookShare to Pinterest