Rob Ford still lying and delusional to the end... 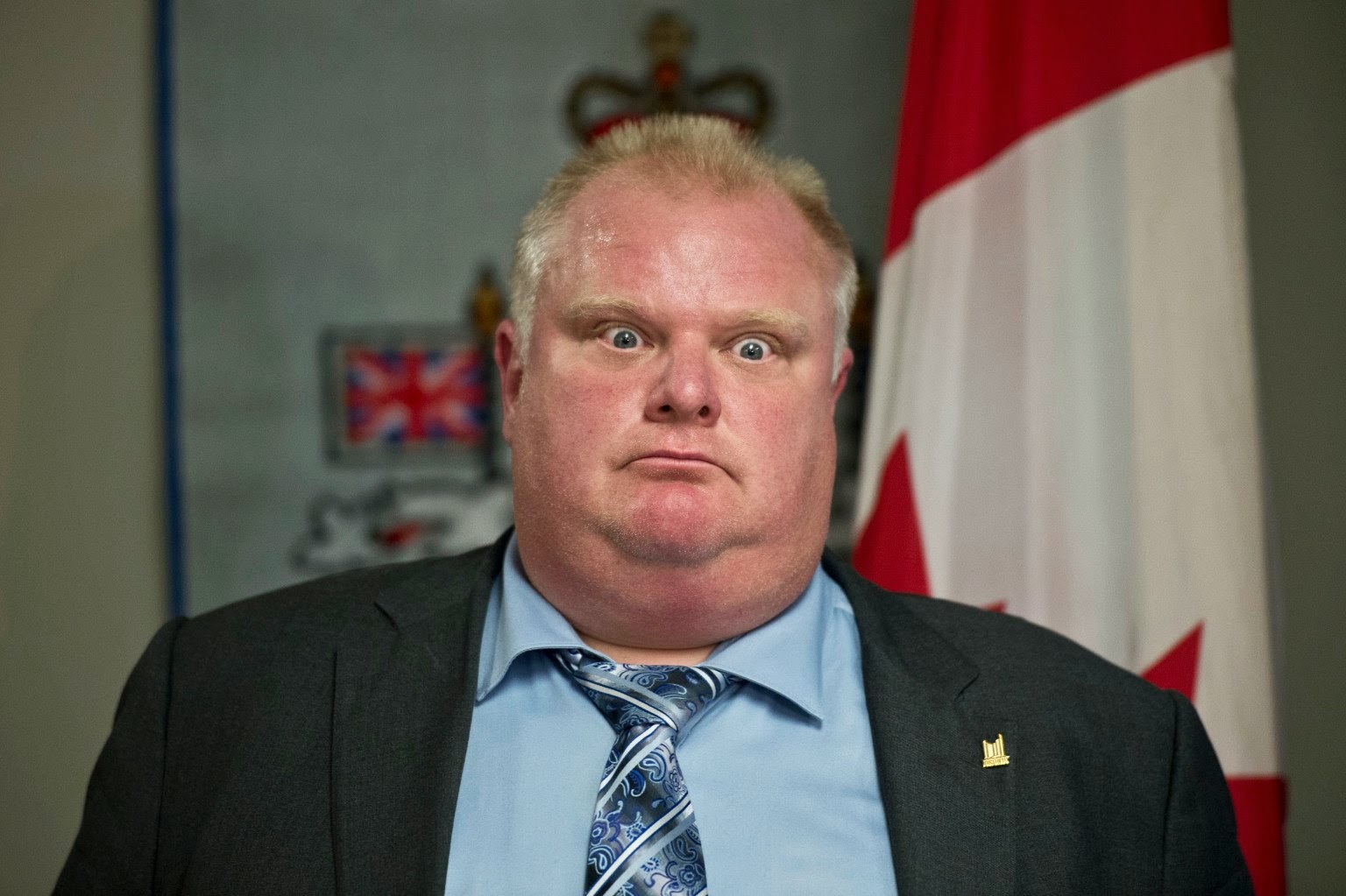 “These guys are getting fully loaded... It’s nonsense....I’ll be on them. I’ll try to make sure it doesn’t happen again.”

Despite everything the jackass Rob Ford put Toronto through the last four years - smoking crack cocaine in office, showing up drunk at hundreds of public events, hanging out with criminals, behaving in the most vile, juvenile and criminal way possible while cameras from around the world were rolling - he has no regrets.

Even the simplest simpleton can sometimes learn and grow after being humiliated in full public view.  It's what human beings do.

But not Rob Ford.  He refuses to learn.  I think he may be a sociopath.  He certainly continues to exhibit those tendencies.  RoFo challenges all notions of human decency.   So do his pathetic supporters who fell hook, line and sinker for the Fords' snake oil salesman routine.   The plan was simple: show up and pretend to be on the dumb peoples' side, affirm their prejudices by claiming they are being ignored by "downtown elites" and only they, the Fords, will help them.  Then, having won their support based on the most superficial means, go downtown to city hall and consistently vote to destroy the lives of the people whose support you won.  But don't worry, they'll never find out because they don't follow the minutiae of city politics.  They only know that you "showed up" so no amount of "information" will make them believe you don't actually "support them."

I hope John Tory learns one thing from the Ford formula for winning support by going out to those communities and speaking to people often.  I'm sure he will.  He does genuinely care about people, unlike the Fords who simply used people to win votes only to undermine their interests at city hall.  Such visits to struggling communities would go a long way to building new support for Tory and ensuring that the Fords can't fool those people again, should RoFo recover from his cancer and run again for mayor in 2018.

But back to Ford and this Sun Media article, in which he claims:

Nope.  You didn't show up to work until 1 pm on most days and were gone by 4 pm to go coach football, at least until you were fired from that gig.

"I returned every phone call..."

Another lie.  I called him once to complain about his refusal to attend Pride.  He never called me back.

Well, I guess that's true, at least.   He did spend a lot of time on the bottle and smoking crack with his thug buddies.

“People are going to remember that I saved money, that I did what I said I was going to do.”