The folly of Hudakian Conservatives in the Ontario PC Party will cost them this election... 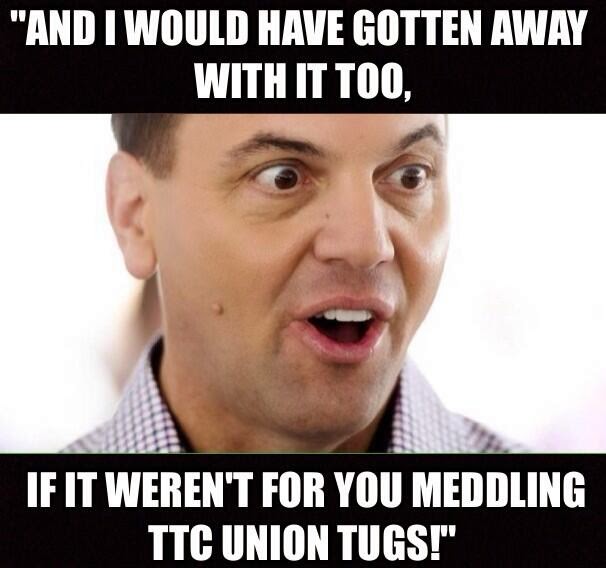 All for some measly tax cuts that weren't enough to afford private alternatives to the public services the Tories had largely decimated.  Ontarians finally understood.  Tax cuts and service cuts have consequences.

In 2003, Dalton McGuinty promised to rebuild public services, fix public health care, bring peace to our public schools, cancel schemes that encouraged parents to move their kids to private school, invest in transit and infrastructure, and do better to protect our environment.   When he swept to power in that election, he found a structural deficit of $6 billion left behind by the Ontario PCs.   Yes, during great economic times, the Tories had managed to create a structural deficit, even for the compromised public services they were providing.

Since then, the Liberals have largely done what they said they would do.  They have been far from perfect but they have restored public services, balanced the budget and even managed to cut some taxes as well as raise others.  Today, Kathleen Wynne can credibly point to a decent record over the last decade of restoring quality to public services and infrastructure, etc.  She's promising to continue that legacy and much more needs to be done as we know.

Well most of us know it.  It seems the brain trust behind Tim Hudak is still stuck in the 1990s.   In this election, he's promising to be Mike Harris on steroids.  The problem for Hudak is that Ontarians by and large now understand that these neo-conservative policies are more destructive than not.

Hudak's promise to fire 100,000 public servants is the biggest whopper of all.  It's the most polarizing promise presented in an Ontario election campaign since John Tory's 2007 pledge to fund religious schools.

I wrote a couple of weeks ago how the Wynne Liberals could win this election if they can polarize the electorate between themselves and the Hudakian Conservatives.  And now it appears that is exactly what is happening.   Hudak has provided the 65 to 70 per cent of Ontarians who are centre-left with a huge reason to vote to stop him.  And with NDP Leader Andrea Horwath's campaign floundering into populist mediocrity, it's becoming quite clear that the Liberals are going to benefit almost exclusively.

Hudakian Conservatives are convinced all they need to do is inspire their 30% base to turn out and vote and hope that's enough to win.  But it won't be.  Not even close.  Hudak's shallow appeal personally doesn't help either with his slick, slogan-filled campaign.

In 2003, the right wingers in the Ontario PC Party didn't seem to get the message from the public that strong public services are not an option.  The majority in that party seemed to get it temporarily when they elected moderate John Tory to replace Ernie Eves.  But Tory screwed up when he decided to throw a little red meat to the far right in his party by campaigning on funding for religious schools.  It backfired big time and Tory was finished.

Then the Hudakians swept back in and took back the party.  And today we see the results: a far-right platform which will not sell despite growing fatigue with the 11-year Liberal government.

Now Kathleen Wynne and the Ontario Liberals are set to benefit greatly.  After two weeks of the campaign, they are increasingly well-positioned to hang on to power and the reliable polls are starting to show it.   Still just less than a month to go, but at this point it looks like my predictions from two weeks ago are set to come true.

Posted by Matt Guerin at 12:12 PM
Email ThisBlogThis!Share to TwitterShare to FacebookShare to Pinterest